ex. a shrewd dealer knows how to make the best sell. 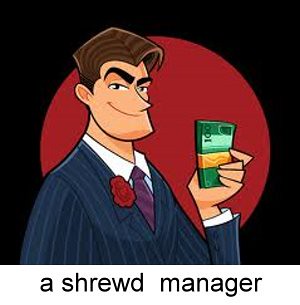 What does Shrewd mean? by Rick Lawrence

v.尖叫 [a high-pitched scream or cry often made when angry, scared or in pain.]

ex. a shriek that spread over the rooftops.

ps.  Shrek 史瑞克, The name "Shrek" is derived from the German and Yiddish word "Schreck"/"Shreck", literally meaning "Fear" or "Terror." 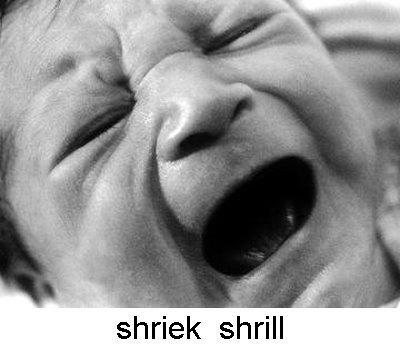 n. [any place that is regarded as holy because of its associations with a special person or event]

etymology: comes from the Latin scrinium meaning "case or box for keeping papers.

ps. enshrine v. [to enclose in or as in a shrine] 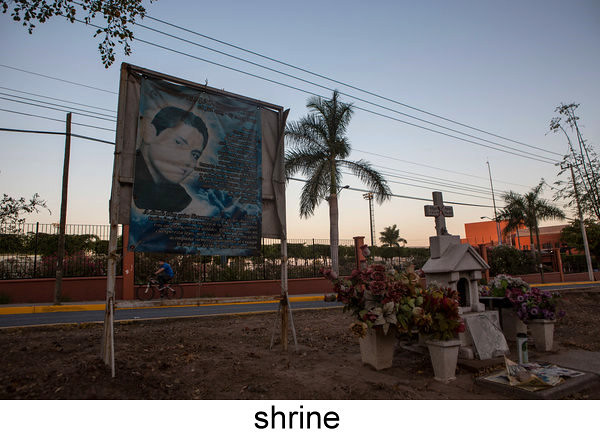 ex. This cloth will shrink if washed in hot water.

ex. Car sales have been shrinking 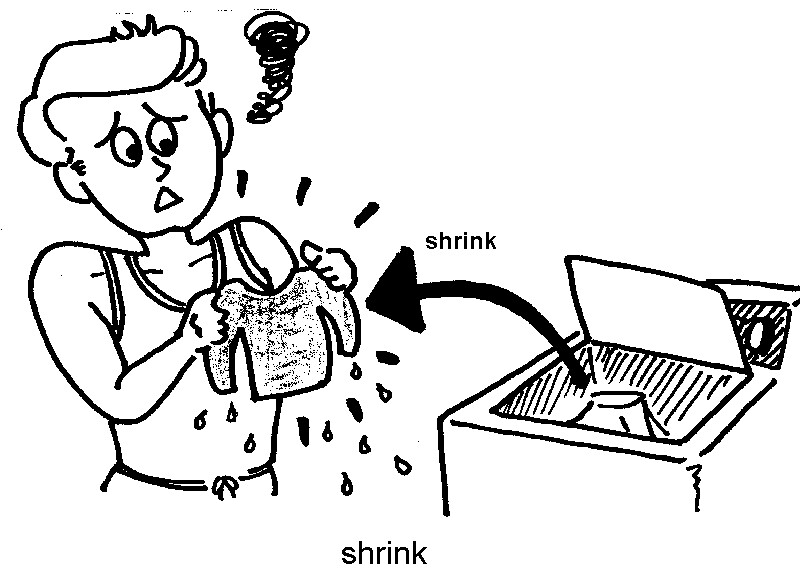 n. [a cloth or sheet in which a corpse is wrapped for burial.]

ex. Ministers are as keen as ever to wrap their activities in a shroud of secrecy.

n.灌木 wiki::A shrub is distinguished from a tree by its multiple stems and shorter height, usually under 6 m (20 ft) tall. 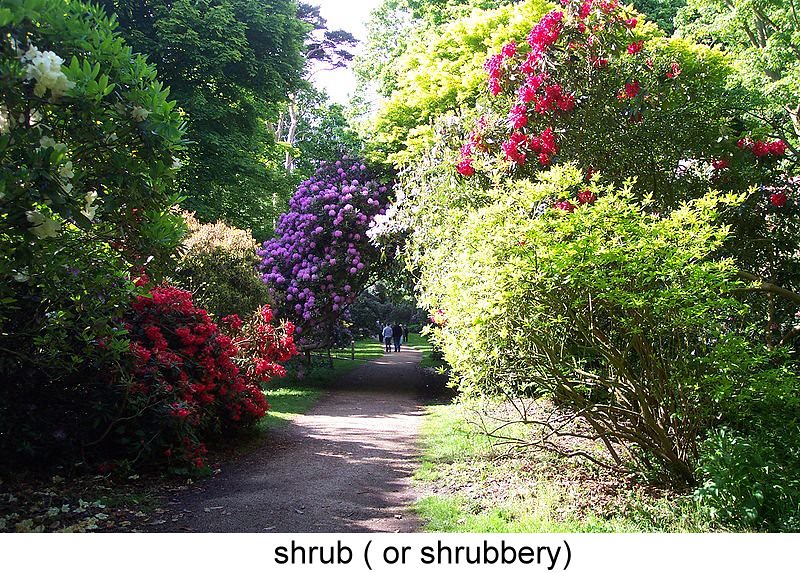 How to Trim Shrubs and Prune Hedges

v.聳肩 [to raise the shoulders in an expression of doubt, rejection or indifference, etc...]

ex. try to shrug off the worst recession in living memory. 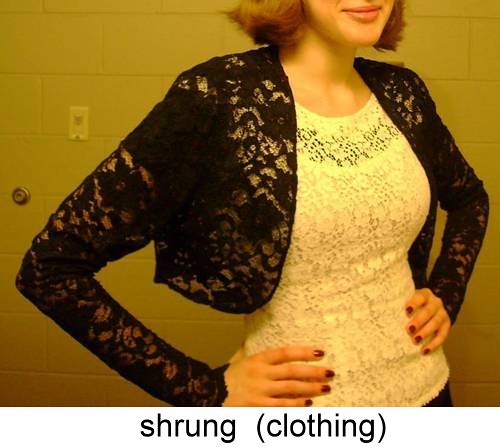 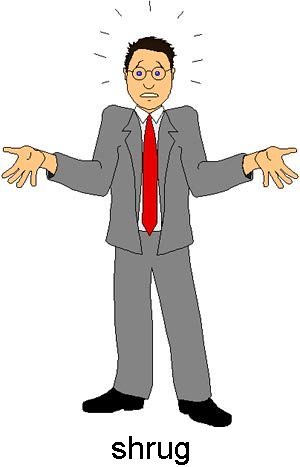 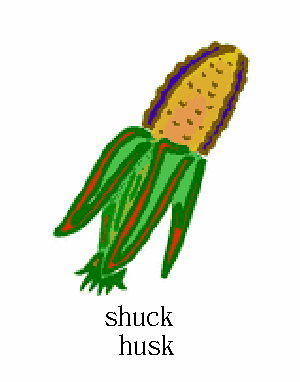 v.顫抖 [to tremble with a sudden convulsive movement, as from horror, fear, or cold.]

ex. to fix my sister's computer makes me shudder...

ex. I shudder to think of the problems ahead of us.

ex. to shun being photographed, or being tagged on Facebook.

(電機) to shunt the electric current. 另外也可以稱有這種功能的device 為 a shunt.

(火車) 換軌 [to move (a railway locomotive, wagons, etc) from one track to another]

(醫學)  a channel through which blood or other bodily fluid is diverted from its normal path by surgical reconstruction or by a synthetic tube. 當名詞時 to divert blood or other fluid by means of a shunt. 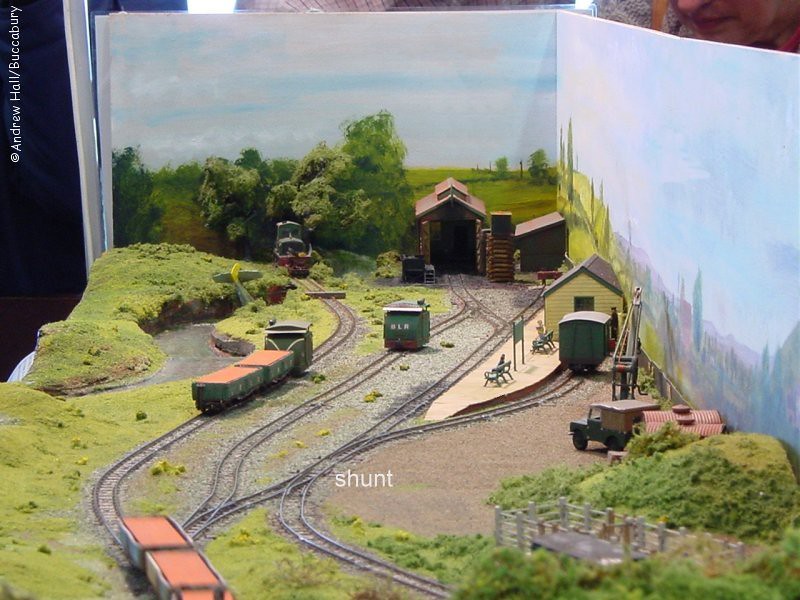 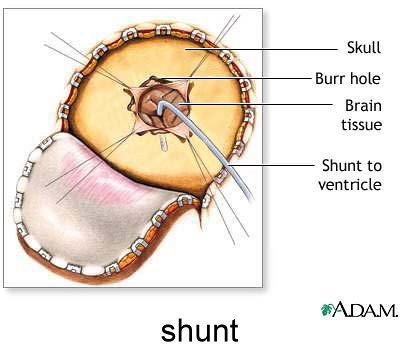 n.兄弟姊妹 [ any one of two or more people with the same parents; brother or sister ]

ex. have two brothers and a sister: three siblings in all.

ex. (New York times) Older siblings lied about their age to get work, so at least the younger ones could get a proper education.

n. [ any of certain women consulted as prophetesses by the ancient Greeks and Romans ] 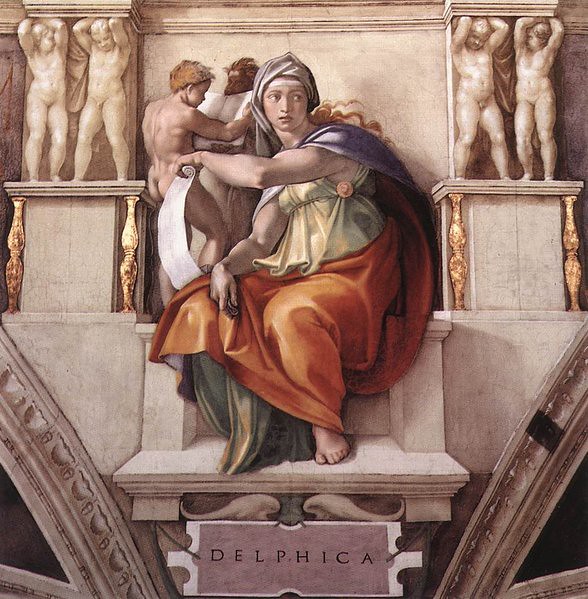 adj. [of, relating to, or involving the stars]