ex. He is the supreme commander for the military in Asia.

n. [the quality or state of having more power, authority, or status than anyone else]

ex. This war strategy game is to build your supremacy over the other rivals.

ex. No one can challenge Michael Schumacher's supremacy in the filed of racing car.

類似的字: n. (political or cultural dominance or authority over others.)

n. [payment that is demanded in addition to the usual charge]

ex. The one-year round-trip airplane ticket may have surcharge due to the increasing of oil price. For example, you may need to pay extra $100 USD for returning.

ex. A surfeit of fast food in U.S. makes several Americans have obesity. 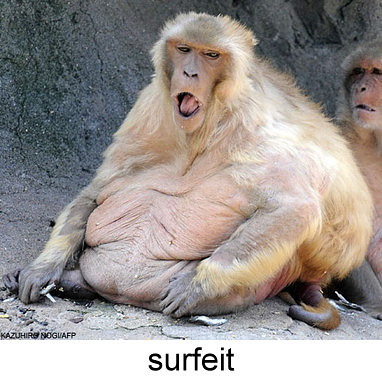 ex. a surge of emotions.

ex. She felt a surge of anger after she was insulted.

v. [to increase suddenly and greatly, after being steady or developing only slowly. ] 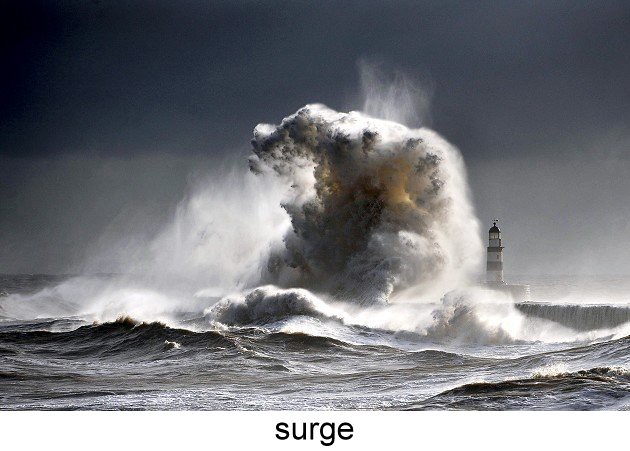 n.外科醫生 [a medical practitioner who specializes in surgery]

ex. He is sure of in a surly mood. He behaves impolitely, rudely, and aggressively to his coworkers. 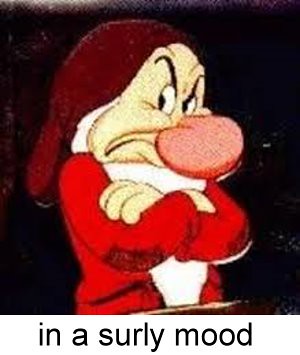 v. [suppose (sth) without having evidence that makes it certain]

ex. Based on the little evidence, I surmised the cat ate the cake, not my little brother.

ex. Professor Lin surmises the new species we found today are from other planets.

ex. We still have a long way to go in order to surmount the problem of world poverty.

ex. His surmounted the language barrier and gave an excellent speech so that I can even remember his talk 10 years after graduation.

ex. A castle is surmounted on the top of the mountain.

ex. I got A grade in my calculus class. That really surpassed my expectation. Originally I felt I can only get B.

ex. Peter sold out all his designed clothes in just three days, surpassing all the other classmates' prediction.

n.超現實主義 [20th-century movement in art and literature that tries to express what is in the subconscious mind by showing objects and events as seen in dreams, etc]

wiki: Surrealism is a cultural movement that began in the early 1920s, and is best known for its visual artworks and writings. The aim was to "resolve the previously contradictory conditions of dream and reality." Artists painted unnerving, illogical scenes with photographic precision, created strange creatures from everyday objects and developed painting techniques that allowed the unconscious to express itself and/or an idea/concept.