v.使滿足 [to be enough or adequate, as for needs, purposes, etc.]

note: suffice字根上的解釋可以想成去做某些事物，而來滿足底下的目的 ( to meet of need of), 類似的動詞還有 to satisfy, to content.

ex. For the DPP to win the municipal election in Taipei, common strategies don't suffice to make it. They need a miracle.

常見片語 suffice it to say (that)... (used to suggest that even though one could say more, what one does say should be enough to show what one means)

ex. Suffice it to say this baseball player has undergone 3 times surgery, and many people expect he cannot be in the roster, not mentioning he is getting old as well. (就單單這位棒球選手已經經歷過了三次手術就足夠而不必在多說了，許多人都預期他不能在名單上，更不用說他年紀也大了)

ex. We don't have sufficient time to finish this homework set, and so we ask our professor to give us an extension.

ex. It is raining, and the road is wet.  "raining" is the sufficient condition to "the wet road".  When it does rain, the road must be wet. But when it doesn't rain, the road can be either wet or not wet, due to another contribution. The previous statement happens, and then the latter statement must happen.

v.窒息而死 [to kill by preventing the access of air to the blood through the lungs or analogous organs, as gills.]

ex. The stupid and boring news on all the TV channels suffocates my creativity. (及物動詞的用法)

ex. Detroit Piston was once a NBA team boasting his suffocating defense and won the 2004 championship.

n. [the right to vote, especially in a political election.]

ex. People are seeking universal franchise/suffrage for the next president election.

ex. Men and women alike should have the same suffrage to express their opinions. Sex should not be a factor to cause social strata.

ex. He rearranges his old house and now  becomes a 7-11 franchise holder. And of course he needs to pay the fee to the parent company.

字源：from L. suffragium "support, vote, right of voting," from suffragari "lend support, vote for someone," from sub "under" + fragor "crash, din, shouts (as of approval)," 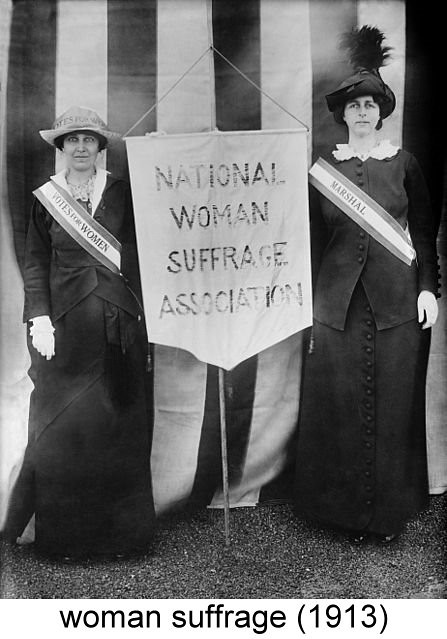 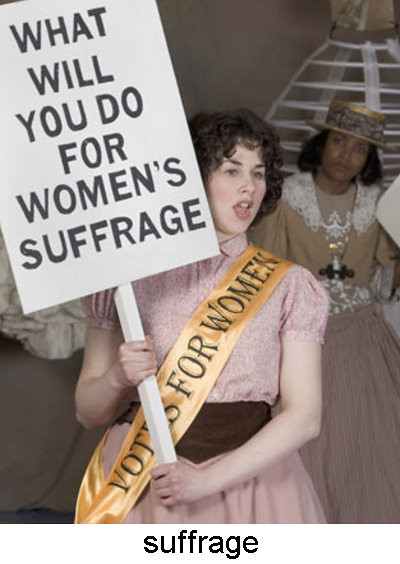 ex. The aroma from ripe strawberry suffuses the kitchen.

ex.  His bright and joyful personality soon lets the delightful laughter suffuse with the room. 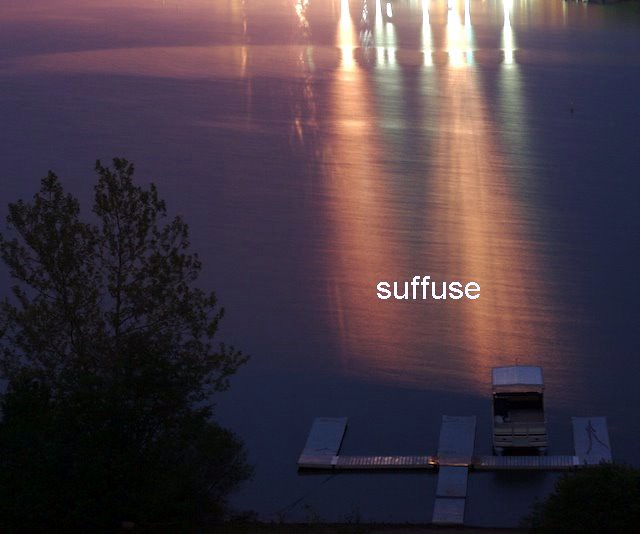 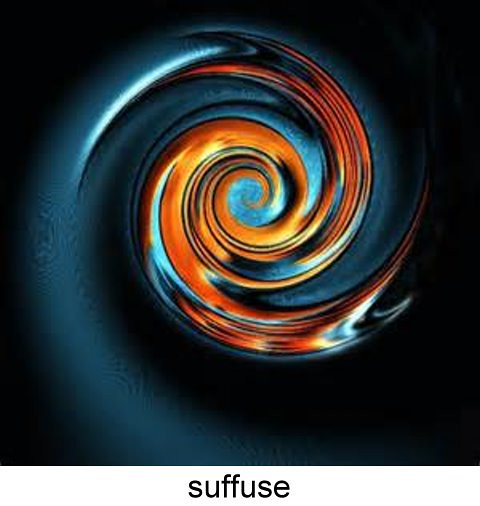 ex. Although we don't have any direct evidence yet, this is suggestive evidence of life on other planets.

ex. All found material evidence is suggestive of President accepting bribes, but no crucial evidence can substantiate this claim yet.

ex. A suggestive remark is one kind of sexual harassment. 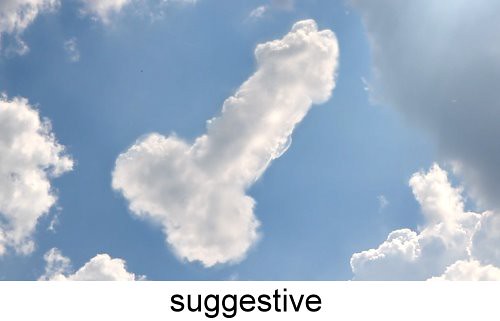 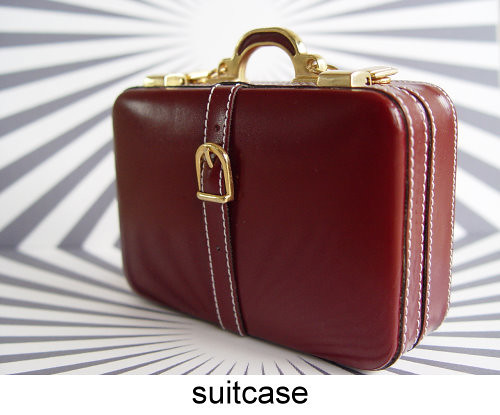 adj. [bad-tempered or not speaking because you are angry about something] = sullen

ex. My mom looked sulky all last evening, because my father was late to pick her up home after work.

ex. My sister looks sulky especially when her period comes.

adj. [bad-tempered or not speaking because you are angry about something] = sulky

ex. Passengers appeared sullen when hearing another delay for their flight, but they later felt better after getting some compensation. 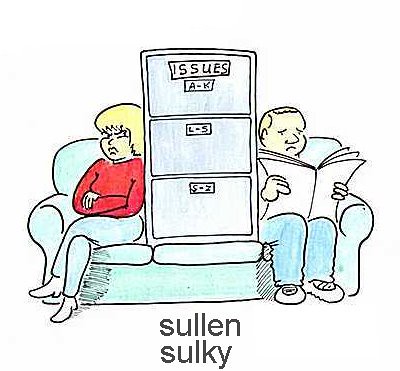 ex. People generally hate the hot gas released by automobiles or motorcycles on the road in cities. The sultry air , floating dust, and unremitting noise make summer even harder to get along with. But in the other hand, people like to take a traditional Finnish Sauna bath in winter, where the sultry air becomes salubrious. 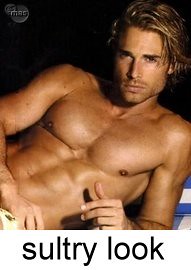 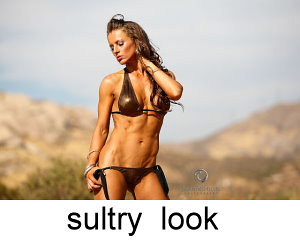 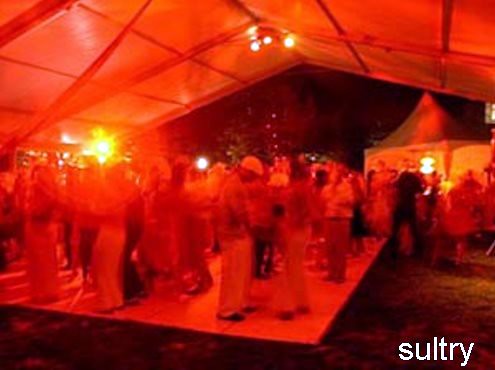 n.摘要 [brief statement of the main points of sth]

ex. In TOEFL reading part, there is a summary test for each reading. You are requested to select the right main points from the reading.

ex. A good summary in a presentation should be able to help the audience take out the most important information you want to convey. That is also true for any formal writing, such as SOP.

adj.即刻作出的 [done or given immediately, without attention to details or formal procedure]

ex. Should we give our children summary punishment when they make a mistake? Or should we spend time to understand the view point from our children first, and then explain why we think they are doing wrong?

n.加總 [the act or process of forming a sum]

ex. In Math the summation notation is capital sigma.

n.總結 [a final part of an argument reviewing points made and expressing conclusions]

ex. One advocator rushed to give a quick summation, by exclaiming the group's slogan, "People need universal suffrage".